Diabetes During Pregnancy: What You Need to Know

In Singapore, Gestational Diabetes Mellitus (GDM) is very common and affects about one in every five pregnant women. Women who have uncontrolled GDM are at an increased risk of certain conditions during pregnancy such as high blood pressure, preterm labour and other pregnancy complications. Having had GDM during pregnancy will put the mother at an increased risk of developing type 2 diabetes and the exposure of high sugar levels in utero, will increase the child’s risk of developing obesity and type 2 diabetes later in life.

Lots of changes happen to the body during pregnancy.

In order to diagnose gestational diabetes in pregnant women, an Oral Glucose Tolerance Test (OGTT) is performed between 24 and 28 weeks of pregnancy. The 75g OGTT should be performed in the morning after an overnight fast of at least 8 h. The diagnosis of GDM is made when any of the following plasma glucose values are met or exceeded:

For most women, gestational diabetes doesn’t cause noticeable signs or symptoms. When sugar levels are very high, some symptoms may include:

Gestational diabetes is more common in women with the following risk factors:

It is important that diabetes during pregnancy be managed properly. Uncontrolled gestational diabetes can result in dangerously high blood sugar levels that can cause issues for both mother and baby, including an increased risk of requiring a C-section delivery.

Complications to the Baby

Complications to the Mother 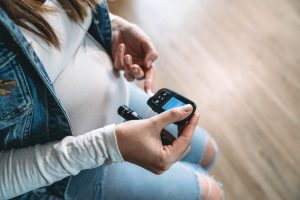 You can’t prevent it but there are some things you can do to reduce your risk. This includes managing your weight, eating healthily and keeping active before pregnancy.

There are a few things expectant mothers and future mums-to-be can do to lower their risk of gestational diabetes:

Gestational Diabetes Mellitus (GDM) can be harmful to both mother and child if left untreated. By going for regular check-ups, monitoring of glucose levels, maintaining a healthy weight and having a balanced diet, one can decrease their chances of serious health complications resulting from GDM.

At SOG, our team of O&G and Endocrine specialists are ready to help you throughout your pregnancy journey. 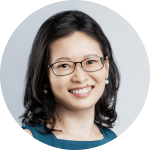 “With over 15 years of experience in endocrinology, she is experienced in managing patients with diabetes, thyroid disorders, osteoporosis, male and female reproductive endocrinology, calcium disorders, Vitamin D and electrolyte imbalances, pituitary and adrenal diseases, hypertension, obesity and lipid disorders.”

With a long and established track record in Singapore providing Obstetrics and Gynaecology (“O&G”) services such as pre-pregnancy counselling, delivery, pregnancy and post-delivery care, the Group has since further expanded its spectrum of healthcare services to include Paediatrics, Dermatology, Endocrinology, Cancer-related General Surgery (Colorectal, Breast & Thyroid) and Post-Partum Confinement Care.