Iron During Pregnancy: Why Is It Important and How Much Should You Get?

Iron is an essential element that plays an important role in many bodily functions. The body needs iron for the synthesis of haemoglobin, DNA, and other enzymes that stimulate various chemical reactions. Haemoglobin is an iron-rich protein found in red blood cells that is crucial for transporting oxygen from our lungs to the other organs in your body. A decrease in haemoglobin levels caused by iron deficiency results in a condition called anaemia. Anaemia can be a life-threatening condition if it is not treated as the heart and other vital organs can get deprived of oxygen. It can also affect your quality of life with symptoms like fatigue, hair loss, memory loss.

Any disruption in the steps of iron metabolism such as absorption, transport, storage, and utilization can result in iron deficiency anaemia. Iron deficiency can occur in pregnant women because the demand for iron is higher than normal. In pregnancy, dietary sources of iron may not be enough to supply the higher demands making pregnant women more prone to suffer from anaemia due to iron deficiency.

How Important Is Iron During Your Pregnancy?

During pregnancy, both the mother and the fetus have high demands for iron as they go through continuous growth and development. Additionally, the red cell mass and plasma volume can expand due to an increase in the production of red blood cells in pregnancy, which further increases the demand for iron.

To meet this increased demand, the body increases iron absorption and also utilises stored iron. This process of iron homeostasis is regulated by a hormone called hepcidin. However, during the second and third trimesters of pregnancy, hepcidin concentrations become lower than normal. The combined effect of increased demand for iron and suppressed levels of hepcidin results in iron deficiency anaemia.

Findings from recent studies indicate that both low and high iron levels can negatively impact pregnancy outcomes. Excess or inadequate iron levels can result in low birth weight, stunted growth, and an increase in the likelihood of developing gestational diabetes.

How Much Iron Do You Need?

While most people obtain iron in adequate quantities from their diets, certain groups including pregnant women, infants, children, teenage women, and premenopausal women may suffer from iron deficiency.

The Recommended Dietary Allowance (RDA) for iron can vary based on age groups, gender, pregnancy, and lactation status. For adults, the RDA is 8 mg for males, and 18 mg for females. These values rise significantly in pregnant women to 27 mg per day.

In general, the total body requirement of iron during pregnancy is higher than normal by approximately 1050 mg of which about 350 mg is required by the fetus and placenta, 450 mg is essential to meet the increased red blood cell requirements, and 250 mg is lost from blood loss during pregnancy. This amount corresponds to about a 6 mg increase in iron requirements per day for pregnant women.

Meat including beef, poultry, and liver is one of the richest sources of iron in food. Seafood such as shrimps, tuna, oysters, clams, and other fish are also rich dietary sources of iron. However, consuming raw fish and meat is not safe during pregnancy due to the risk of infection from Listeria. Listeria may cause only mild symptoms in pregnant women but can have life-threatening consequences for the newborn if the infection is transmitted.

Numerous studies have documented the benefit of adequate iron supplementation in pregnant women with iron deficiency.

Your obstetrician will usually do a baseline estimation of anaemia level at the start of the pregnancy to decide if there is a need for closer monitoring as well as supplementation.

If iron deficiency is found after lab investigations, then supplementation can be a viable option.

In most cases, iron requirements can be fulfilled by a balanced diet. Some conditions such as pregnancy where the body’s demand for iron increases to such a degree that diet is no longer sufficient to meet the needs, increasing iron intake from either iron-rich foods such as meat, fish, eggs and green vegetables or from iron supplements may be necessary. 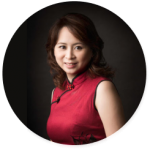 “Dr. Cindy Pang’s main sub-specialty is in gynaecological cancers and complex pelvic surgeries. On top of that, she provides antenatal care to expectant mothers and manages a wide range of conditions related to the female reproductive system.”